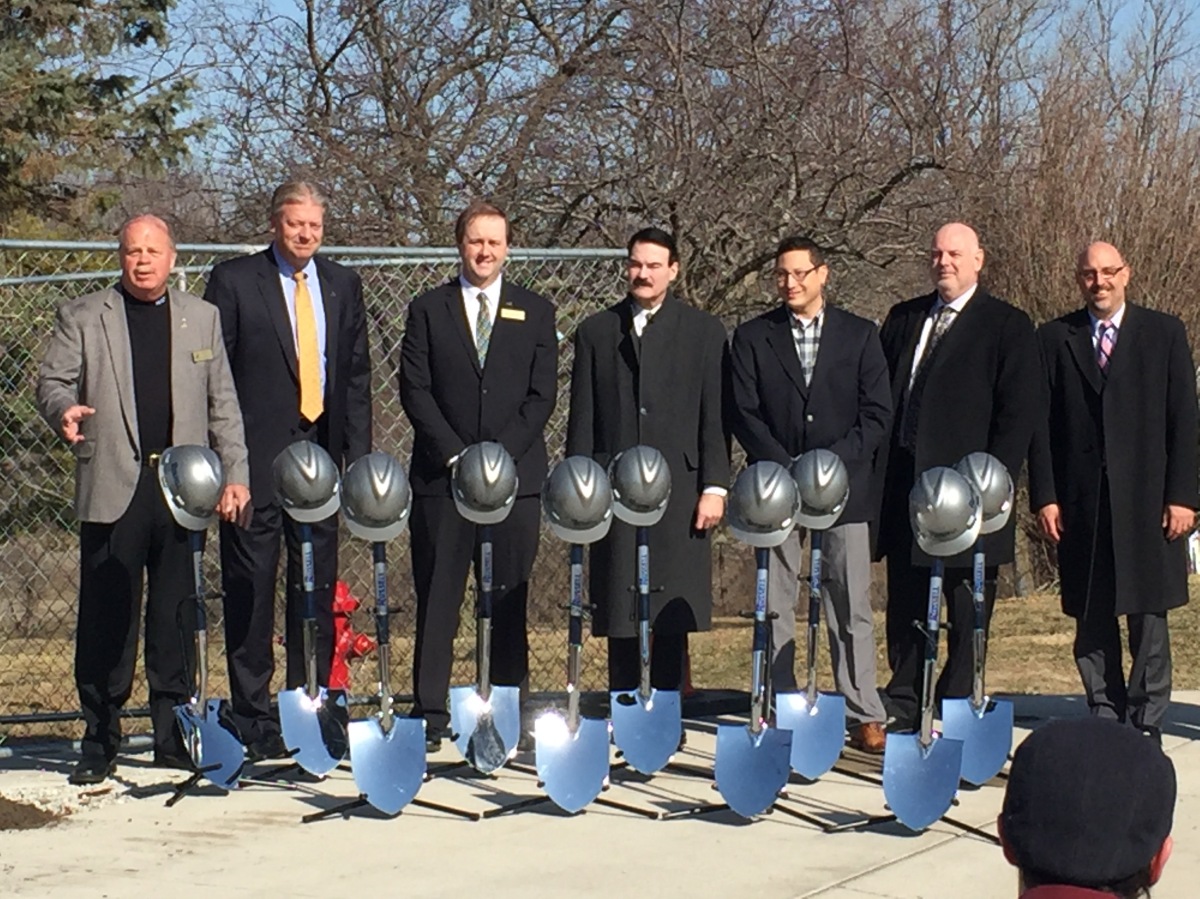 On March 22nd, a ceremony detailing the construction work to be done for Building 1 at the Quad Cities Black Hawk College was conducted. At the ceremony, attendees learned about what renovations would be done to BHC. The construction plan costs $16 million and will include both a 9,000 square foot addition to the east side of Building 1 and an open courtyard connecting the addition to the existing building.

Additionally, classrooms that are a part of this renovation will be a definite improvement compared to the some of the existing ones at BHC. The construction plan offers eight new and larger classrooms, new faculty offices, and a new HVAC system with LED lighting and fire suppression technology.

At the ceremony, conductors expressed their excitement about the new construction plan. The hard work and dedication of the staff here at BHC ought to be accurately reflected in the actual college building, and students certainly deserve the new addition, they said. Above all, improving everyone’s experience on campus is the desired goal.

Many faculty and staff see the construction plan as a great improvement for the students at BHC. Dena Grunewald, Director of Accounting at the college states that “There is so much hard work and teamwork happening to accomplish the final product; it is rewarding to see the progress.” Most importantly, staff at the college are interested in seeing how the students will respond to and take advantage of the addition. Grunewald adds, “I’m looking forward to seeing all of the various renovations come to life and to witness students using them everyday.” The new courtyard included in the addition will likely attract a plethora of students coming to and fro classes with its eye-catching, modern design.

The new construction plan is a blessing in some eyes and just another misuse of money in others. Students have expressed their concerns about the $16 million-dollar plan in light of the strike that was expected to occur around the same time construction had begun. Many students disapprove of the plan in light of these circumstances because it simply didn’t seem fair. Some students claimed that the construction plan is mostly a cosmetic renovation and to favor such an expensive one in the midst of a possible strike is unethical. Since the ceremony, the announcement of a strike, and the beginning of construction, both the faculty and trustees of Black Hawk College have come to an agreement, but there are still many contentious feelings about the construction plan.

Brandon Clark, a sophomore at BHC, feels that while the construction does come at a hefty price, the positives outweigh the negatives. Clark mentions the technological improvements–such as the HVAC system and the new lights–making a positive difference in the everyday experience of both students and staff. When it comes to the inconveniences, Clark doesn’t have many complaints. “You can hear them drilling sometimes during class. Parking is also a little annoying,” Clark explains. At Building 1 of BHC, about an entire lane and a half of parking spots have been relinquished to the construction workers.

Nelson Ullinskey, another sophomore at BHC, is excited to see the finished product. “It’ll be a fresh, new take on the building. New buildings boost morale,” says Ullinskey. With both the cosmetic and technological improvements included in the new construction plan, student life in Building 1 is sure to improve. However, Ullinskey understands the controversy surrounding the new construction. Ullinskey explains that money for the construction of the addition and money for the salaries of faculty and staff come from different pots, so the notion that money was being taken from teachers to put toward the construction simply isn’t true. Still, Ullinskey says, “It is very angering and annoying knowing that the [trustees] prefers upgrading a building rather than giving faculty the proper [pay] they deserve.”

Even though the new construction plan for the Quad Cities Black Hawk College was met with cynicism, there’s no denying how positive its influence will be for student life. The technological advances are both improving the quality of everyone’s experience in Building 1 as well as the safety of everyone, which is always most important. While the construction did begin around the same time the teacher strike was announced, it’s evident that the multimillion-dollar plan did not directly take money from any of the staff and faculty.

I'm just your average sophomore at BHC who loves writing articles. I can't thank the Chieftain's readers enough for their support! If you have questions/concerns/awesome stories you want shared, contact me! Email: lraschke@mymail.bhc.edu View all posts by Logan Raschke